A Struggle for Balance

„The muscular abstractions of Ivo Ringe may appear to have little in common with the calibrated colored squares of Josef Albers or the mysticism of Joseph Beuys — or, for that matter, the science of classical proportions, the cellular patterns of plants, or the molecular growth of crystals — but such disparate concerns constitute the connective tissue that makes them what they are.

Ringe, who was born in 1951 in Bonn, Germany, studied with Beuys at the Kunstakademie Düsseldorf in the early 1970s, where he crossed paths with fellow student Anselm Kiefer. Having worked in printmaking and sculpture before turning to paint and canvas, he resisted the Neo-Expressionist indulgences that held sway among his peer group, engaging instead in a measured approach that had more in common with Beuys’s minimalist protégés, Blinky Palermo and Imi Knoebel. …“ 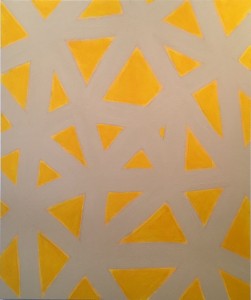 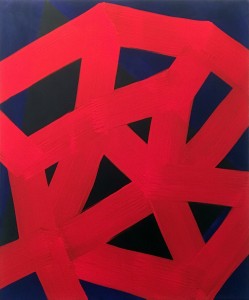